The Scientific Autobiography of Alexander Luria

A life,  a human life, is not a life until it is examined; it is not a life until it is truly remembered and appropriated; and such a remembrance is not something passive, but active, the active and creative construction of one’s life, the finding and telling of the true story of one’s life.  Oliver W. Sacks, from the foreword to A.R.Luria's The Man with a shattered world.

Biographies of great people, as a rule, are embellished by myths. This is never more true than in the case of A. R. Luria, one of the most brilliant psychologists of the twentieth century. Luria originated and developed many directions in the psychological sciences, including an historical development of cognitive processes, the role of speech in regulation of voluntary actions, and the cerebral organization of psychological processes. His life story is mingled with myths that often obscure the actual facts of his scientific life and personality.

Among the myths, the pre-eminent question is did Luria originate methods, ideas and theory? In his books, Luria described the history of a problem's development, giving consideration to the sources of his ideas, their analysis, and critical selection. All of the neuropsychologists who worked with Luria were struck by his astonishing creativity. J. Bruner wrote that he was quick to generate new ideas and readily innovated tasks to test these ideas. During the last years of his life, Luria generalized the stages of his life in a book that he designated as "an experience of a scientific biography." This is not a biography of events, but a biography of a life from the perspective of the development of scientific ideas.

This book is one of three Luria's so-called "romantic" books in which he gives a detailed, lively description of a single case from his practice. (One widespread myth is that Luria built his concepts based on investigations of single patients. However, the rest many his books are of "classical" orientation: they are based on enormous amounts of experimental data.) His autobiography is the last in this series, and the subject is not a patient, but the author’s life in science.

This book was translated into English and published by M. Cole and Sh. Cole (The making of mind: a personal account of Soviet psychology. 1979) with a foreword of M.Cole where he describes the circumstances in which Luria lived and worked. It was later published in Russian with a different title, The Stages of the Road Taken; A Scientific Autobiography. This text differed from the English one in several ways.

The peculiarity of Lurian destiny is that he explored psychological arenas that were particularly susceptible to ideological interference. A Western reader can hardly imagine to what extent the ideological situation in the USSR impacted his research and life.

Proposed version of Luria's autobiography has greatly benefited from his daughter's biography of her father, My Father, Alexander Luria. Yelena Luria, a professor of biology, was a gifted writer who published charming children's books. She was very close to her father and after his death wrote his biography from the perspectives of Luria as a father, husband, and individual in a complex time. In her book she described the events of his life in their logical and emotional interdependence. She also created a portrait of his extraordinary wife, Lana Lipchina, who was the center of a warm family life. Included in her book are many of Luria's correspondence to and from friends, including great scientists from around the world. She created a portrait of a versatile, creative, and sensitive man through his relationships with his family, work, and friends.

A book should include biographical notes. In the past Luria's followers have made annotations, but they are incomplete. Additional information has since become available that have allowed us to create a coherent picture of this complex man. 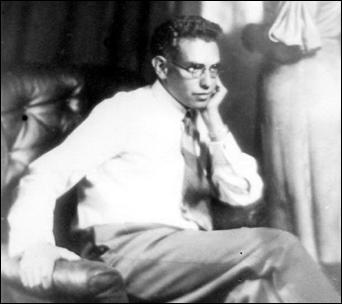 "For anyone who is familiar with and admires Alexander Romanovich Luria, this book is a delight. For those who are unfamiliar, or only vaguely familiar with him, it is an astonishing revelation." — PsycCRITIQUES

"Alexander Luria was one of the founders of behavioral neurology – a field that has now been given the fashionable name 'cognitive neuroscience. His autobiography vividly recalls the "golden age" of neurology. It is a welcome antidote to the kind of high tech gadgetry and reductionist, imaging-based neo-phrenology that now dominates the field; a thought-provoking read for any aspiring psychologist or neuroscientist." (VS Ramachandran, MD., Ph.D. Professor and Director, Center for Brain and Cognition UCSD )

"Luria was one of the major neuropsychologists of this century. His work is eerily prescient of developments that have occurred within the past decade. Luria continues to have a lot to say that is directly relevant to recent developments in cognitive science and cognitive neuroscience." (Jeff Elman, Ph.D. Distinguished Professor of Cognitive Science, UCSD )

"Luria is even more relevant today than when he wrote, for it was he who first made us aware of the subtle interaction of subjective and cultural in the shaping of mind and experience." (Jerome Bruner, Ph.D. Research Professor of Psychology, NYU )

"This book is a real treat! It's an opportunity to learn, in his own words, the incredible diversity of Luria's autobiographical account of his contribution in so many areas of scientific psychology." (Elaine R Parent, Ph.D., San Diego, California)

"This is an excellent overview of how several disciplines developed from the collaboration of a few researchers in Russia. Luria worked with Vygotsky to undertake a revision of psychological methods and models, which had been dominated by a mechanistic, Pavlovian approach. They developed theories and performed rigorous lab experiments, but they also opened their methods to clinical techniques as well through interview and observation.  Written by Luria, this text eschews much of his personal history and focuses on thought processes as functional systems and the logistics of his experimentation. I would recommend this book to anyone who is interested in how neuropsychology and neurolinguistics developed, or to anyone interested in how the cognitive sciences developed from astounding rationality amid totalitarian conditions." (D. Mather, Los Angeles, CA USA)