Coming soon: The Diary of a GULAG Prison Guard in the UK and US 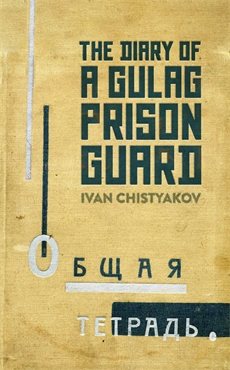 Ivan Chistyakov's The Diary of a GULAG Prison Guard will be released on December 1, 2016, by Granta Books in the UK, and on July 1, 2017, by Pegasus Books in the USA as The Day Will Pass Away.

In the archives of the Memorial International Human Rights Centre in Moscow is an extraordinary diary, a rare first-person testimony of a commander of guards in a Soviet labour camp.

Ivan Chistyakov was sent to the Gulag in 1937, where he worked at the Baikal-Amur Corrective Labour Camp for over a year. Life at the Gulag was anathema to Chistyakov, a cultured Muscovite with a nostalgia for pre-revolutionary Russia, and an amateur painter and poet. He recorded its horrors with an unmatchable immediacy, documenting a world where petty rivalries put lives at risk, prisoners hacked off their fingers to bet in card games, railway sleepers were burned for firewood and Siberian winds froze the lather on the soap.

From his stumbling poetic musings on the bitter landscape to his matter-of-fact grumbles about his stove, from accounts of the conditions of the camp to reflections on the cruelty of loneliness, this diary is unique - a visceral and immediate description of a place and time whose repercussions still affect the shape of modern Russia.

Sonechka, a novella by Ludmila Ulitskaya (1995)

The heroine, Sonechka, reveals a love and loyalty at once astounding in...

When the Soviet-Afghan War triggered a downfall of Homo Soveticus ideology, and the Communist regime collapsed in 1991, there was an expectation, both in the West and in Russia, that the country would embrace Western values and join the civilised world. It took no account of a ruined economy, depleted and exhausted human capital and the mental and moral dent made by 70 years of Soviet rule. Nobody knew what kind of country would succeed the Soviet Union, or what being Russian really meant. The removal of ideological and geographical constraints did not add moral clarity. In particular, the intelligentsia—the engine of Soviet collapse—was caught unprepared. When their “hopeless cause” became reality, it quickly transpired that the country lacked responsible elite able and willing to create new institutions. Herman Bronnikov, a protagonist of Andrei Volos’s tetralogy Judgement Days, was one of these Soviet intellectuals.