JUST PUBLISHED: Sasha Sokolov's A School For Fools in the United States 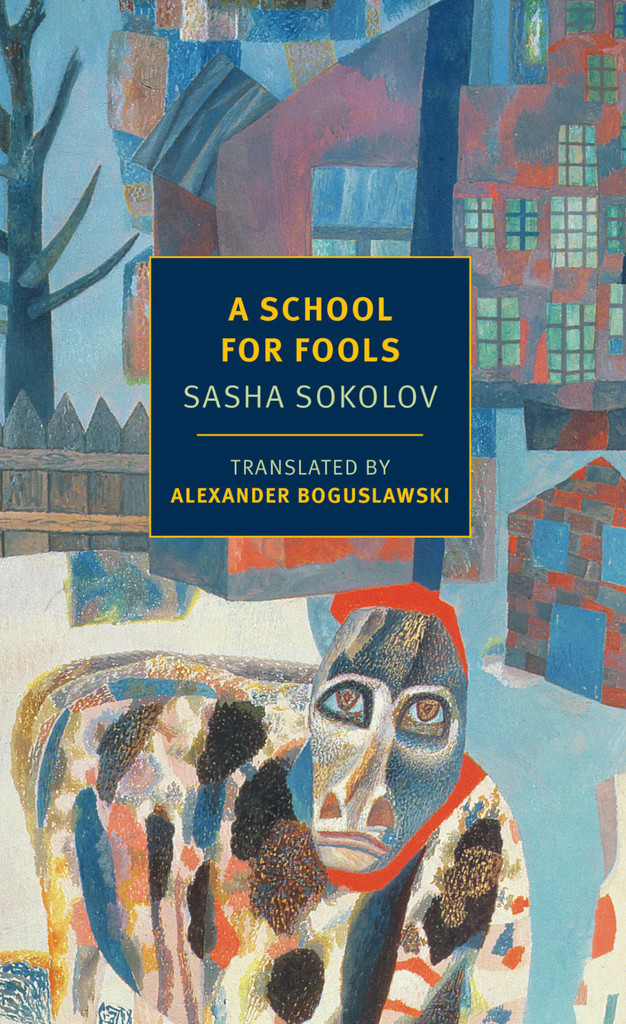 A new translation by Alexander Boguslawski of Sasha Sokolov's legendary 1976 novel A School For Fools was just released in the United States by The New York Review of Books.

By turns lyrical and philosophical, witty and baffling, A School for Fools confounds all expectations of the novel. Here we find not one reliable narrator but two “unreliable” narrators: the young man who is a student at the “school for fools” and his double. What begins as a reverie (with frequent interruptions) comes to seem a sort of fairy-tale quest not for gold or marriage but for self-knowledge. The currents of consciousness running through the novel are passionate and profound. Memories of childhood summers at the dacha are contemporaneous with the present, the dead are alive, and the beloved is present in the wind. Here is a tale either of madness or of the life of the imagination in conversation with reason, straining at the limits of language; in the words of Vladimir Nabokov, “an enchanting, tragic, and touching book.”
Praise

A work of genius voiced by a narrator and his double — simultaneously. It’s a Joycean work that unravels in fits and starts, but always beautifully....[by] one of the great living Russian writers.
—Flavorwire

“Sokolov’s A School for Fools should be considered one of the finest 20th-century Russian novels.
—Harvey Pekar, The Washington Post

If Joyce had written the last chapter of Ulysses in Russian it would have sounded like this.
—Vladimir Markov

Sokolov is one of those rare novelists whose primary concern is the praise and exploration of a language rather than the development of a position. In this, he is in the line of Gogol, Lermontov, Nabokov. “For me, the Bible says it: The Word is God,” Sokolov says, “and God is more important than life.”
—David Remnick, The Washington Post

[A School for Fools] will undoubtedly come to be recognized as one of the great classics of Russian prose.
—Newsweek

The voice is amazingly sensitive and imaginative, gloriously lucid of language and full of broad comedy and whimsical wit. For all its gloominess, this strange novel is a celebration of life.
—The Washington Post

A puzzling and wonderful book. The novel is an anti-authoritarian statement, a compassionate cry for understanding of those who are different, the nonconformists of any society who must find their own way.
—The Kansas City Star

One of the most original and talented works to emerge from the Soviet Union in many years.
—The Times Literary Supplement

Children of Brezhnev, a novel by Sana Valiulina

Longlisted for the 2017 NOS literary award

Children of Brezhnev is a story of love and betrayal set against the backdrop of the economic and spiritual decline of the Soviet Union with its underlying ethnic tensions, the Afghan war and the slow but steady criminalization of the country. The novel culminates in the violent transition to a free market leading to a new Russia where the higher echelons of society and the underworld finally merge.

A rich modern-day novel that Dostoevsky and Tolstoy would also like to have written. -- De Standaard

Children of Brezhnev is...

This book, dictated by the world-known cultural semiotician Yuri Lotman at the end of his life, is in fact the last volume of Lotman’s opus magnum (along with his other fundamental works ‘Universe of the Mind: A Semiotic Theory of Culture’ and ‘Culture and Explosion’).

The author analyses the global rules of history, the meaning of explosion and unpredictability in culture as well as art as a workshop of unpredictability. The book features a vast variety of new culturological ideas explained with plain and simple language distinguishing for all other Lotman´s writings. First and foremost, Lotman´s interest lies in the ways of development of culture. Among processes of cultural evolution Lotman distinguishes the three general types: the cyclical processes, which regularly return to the same start...