UNITED NATIONS, Oct. 21 (Xinhua) -- A well-known Italian professor and writer on Monday presented a digital magnum opus featuring a history of European civilization to the United Nations in hope of preventing what he called "the loss of historical memory."

The presentation took place during a meeting between UN Secretary-General Ban Ki-moon and Umberto Eco, the Italian professor, writer and philosopher who is best known for his groundbreaking 1980 novel Il nome della rosa in Italian or literally meaning The Name of the Rose in English.

The digital encyclopedia of the history of European civilization is a result of a 20-year project involving concerted efforts of 400 to 500 Italian researchers of different disciplines, with the editing being led by Eco, the veteran professor told reporters at the Italian Mission to the United Nations before his presentation of the encyclopedia.

While describing the compiling of his work as an effort for " historical construction," which "is very important to understand many problems" in Western history at a time when "the young people are losing more and more historical memory, " Eco, 81, said he selected materials for the project, known as "Encyclomedia of European civilization" and done currently in Italian language only, and also signed each entry of the Encyclomedia.

"It is an encyclopedia that can be rewritten everyday," Eco said. According to him, the project is in a multi-media format, so a user does not necessarily read descriptions, but can listen to music under the name of great European musicians and see movie clips of famous actors and actresses. 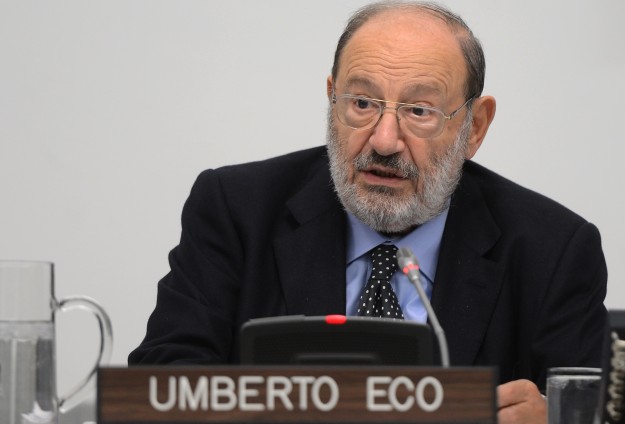 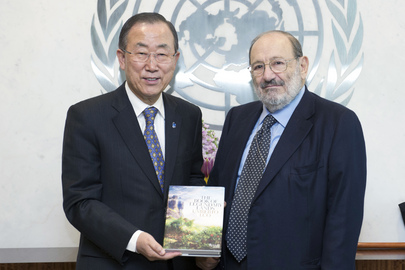 Advent, a novel by Ksenia Buksha

Longlisted for the 2021 National Bestseller Award

Ksenia Buksha's 2021 novel Advent offers scenes with a family from St. Petersburg – two parents and one child who’s opening windows on an advent calendar – as well as windows into the parents’ memories.